The Biochemical Essence of Life: Carbon 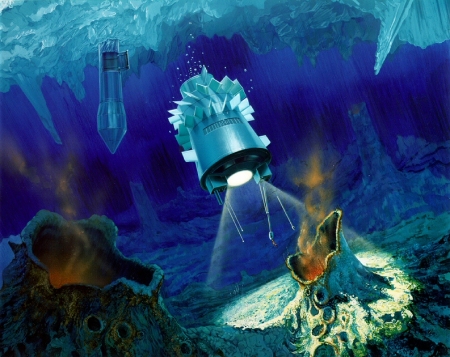 I recently had a discussion with some friends of mine about life on other planets, a field called Astrobiology (or Exobiology) that was partly started by a hero of mine, Carl Sagan. The discussion unfolded into pondering what other forms of life could exist, and what it takes to make life. Two theories became apparent:

1) Extremes in the environment of other planets could allow for life to be based on different elements and processes that we don’t know about.

2) On the other hand, it seems like the elements and processes that exist here on Earth are so much more likely to be the gestalt of life that theorizing about other ways that life could arise is pointless.

Here’s why i think the second explanations is the correct one:

The basic building block of life on the planet is carbon. Carbon is a divine element. What makes carbon so special is that it has the ability to make four bonds to surrounding atoms. Even more importantly, it can bind to other carbon atoms very easily, making it essentially a 4 sided building block for the creation of multi-atomed molecules. Ever see a picture like the one on the right? Every kink in the chain is a carbon molecule.

Other molecules more rapidly crystallize into uniform structures, like this depiction of a salt crystal.

This is vital for the creation of life. The components of life are all created with carbon: carbohydrates, lipids, proteins, and nucleic acids (DNA & RNA). No other elements have properties to create such diverse, large and structurally unique molecules. Heavier elements are too large to create thin chains, and usually form uniform crystal lattices instead of unique structural combinations. In fact, the only other element that has properties like carbon and could be considered suitable for creating life is silica and it also tends to crystalize, rather than allow for complex structures to be created.

In contrast, look at the incredible properties of carbon-based molecules: Diamonds are pure carbon and are the hardest substance known to man. No other material can cut them. Carbon nanotubes can self assemble and provide not only incredible strength, but also electrical, optical, thermal and kinetic properties like no other materials. Graphite, also a pure carbon-based molecule is the lead in your pencil. Oil in your car is made of carbon, and the plastic of your keypad is carbon-based.

Try making such a diverse array of properties out of any other element! Metals will give you alloys, but will pretty much still be a metal. Gasses can be liquified but, once they are made solid, require some seriously extreme environments that would in-of-themselves cause a lot of complications for life to be sustained. Any expert chemist will quickly tell you that carbon is the only element that can be the backbone of so many different types of molecules with the properties required for organisms.

Another key feature of carbon is that its bonds are strong enough to resist environmental stresses, but weak enough to be manipulated by our bodies with enzymes. This is a requirement of any organism’s metabolism.

A basic depiction of how we take our carbon-based molecules and interchange them freely into the rest.

When we eat a piece of pork knuckle, the cooked muscle of another animal is chopped up into tiny pieces inside our guts, absorbed, and then reassembled into either our own muscle (if we are weight lifters), immediate fuel (in the form of sugars), or into fatty tissue (if you are like me) that deposits around your thighs (women) or bellies (men) and sits there until you are starving and require it, which in the Western world pretty much never happens.

Throughout these processes, we are either breaking bonds between atoms, or forming bonds between atoms. What this all leads to, is a net gain of energy into our bodies. We are taking this animal muscle, which has a higher state of energy, and we are ultimately excreting a much lower energy byproduct. The excess energy we gain from all of this is stored within the carbon-based molecules inside our bodies.

The ability of carbon-based molecules to so easily store and release energy is a necessary requirement for life. Other elements simply can not be manipulated like this to utilize, store, and relocate energy.

Life would also require some sort of compartmentalization to exist. This is an assumption that I think can be assumed to be true. You can not have a uniform hunk of metal or cloud of gas be alive. You need to separate things from each other. There are always detriments inside life forms that need to be stored away safely (usually the left over waste from energy stores), and there are molecules that need to function in a specific environment. Furthermore, the life form itself can’t be exposed to the environment because that would be too risky. It would need something covering it to keep its insides safe, like skin on us or exoskeletons on arthropods (insects, crabs, etc.).

When we compartmentalize molecular substances, we need to have some sort of matrix to sustain everything in. Here on earth that matrix is water. If there is any element that I give most praise to, it’s carbon, but if there’s any molecule I give most praise to, it’s water. A simple bonding of two hydrogen atoms on either side of a much larger oxygen atom creates a unique molecule that should be a gas, but whose properties allow it to remain a liquid at a much higher temperature than expected of such a small molecule.

One of the greatest properties of water is that it has a very strong polarity. Essentially, there are polar molecules (hydrophilic), like water, and there are non-polar molecules (hydrophobic) like oil. These opposite polarities prevent them from mixing, like two ‘poles’ on the opposite side of a magnet. So one easy way to keep things separated from each other within a life form is by using either polar or non-polar liquids as a matrix for the rest of the working molecules, and using another substance of opposite polarity to compartmentalize things from each other.

To bring this back to the original point: Carbon can be used to create oily substances that then allow us to compartmentalize cellular components from each other within a water matrix. So for life to be created from another element would require that element to be able to create both polar and non-polar forms of molecules.

In the earliest origins of life, there must have existed a single molecule that could duplicate itself. Hot streams with glaring sunlight, volcanic heat, acidic environments, and a multitude of other environmental factors allowed for the existence of one molecule to replicate. Even if only to act as a template for other atoms to gather on top of it and form another type of molecule, this new cast could have allowed for corresponding atoms to rebind and form another form of the original molecule. This is the most basic way life formed and going into it any further would require a lot more words than it’s worth mentioning at the moment.

So what types of molecules could recreate themselves? As was mentioned before, these molecules would need to be based on an element that can form bonds capable of being strong enough to last for some time, but weak enough to be broken. It would be chain-like so as not to miss any hidden areas inside of it when replicated.

Today we know that this original molecule was probably a nucleic acid sequence that was similar to our DNA and RNA, our blueprints. Once again, the energy needed to create strands of a self-replicating molecule from elements more rare or non-existent in our life today would be tremendous. For life to form in such a manner, only the elements that we are made of would be able to be accomplish this.

Finally, it should be noted how long it took life to form on our planet in this more simple and obvious way than many theorize. The earth is about four and a half billion years old. It took a billion years for life to occur on the planet. How much longer would it take for life to form in a more complex manner or with elements that are statistically less likely to develop into life? Twice as long? Ten times as long? The Universe itself is only 14 billion years old. The formation of life is not something that has infinite time to develop. There really is a time-limit involved, and for life to evolve using element other than carbon would certainly take a much higher amount of time to occur.

Finally, with all of this talk explaining how life can only form from carbon, I would like to mention that carbon-based life is not the only life that could exist. We can not forget robots. Life can exist “in-silico” once we create it. In this sense, life will definitely be different from how we know it. Robots with artificial intelligence are very likely to be invented sometime and this is the main life-form that I think could exist outside of a carbon-based design.

Already we are living in a time where people have microchips implanted into their brains, pacemakers into their hearts, and bionic limbs into their nervous systems. It would be interesting to see if life on earth continues to be biological, or strays into an in-silico form (or perhaps a combination). 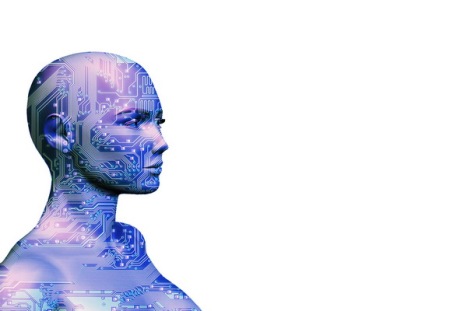 This entry was posted on Sunday, June 6th, 2010 at 1:56 pm and is filed under Uncategorized. You can follow any responses to this entry through the RSS 2.0 feed. You can leave a response, or trackback from your own site.

11 Responses to The Biochemical Essence of Life: Carbon